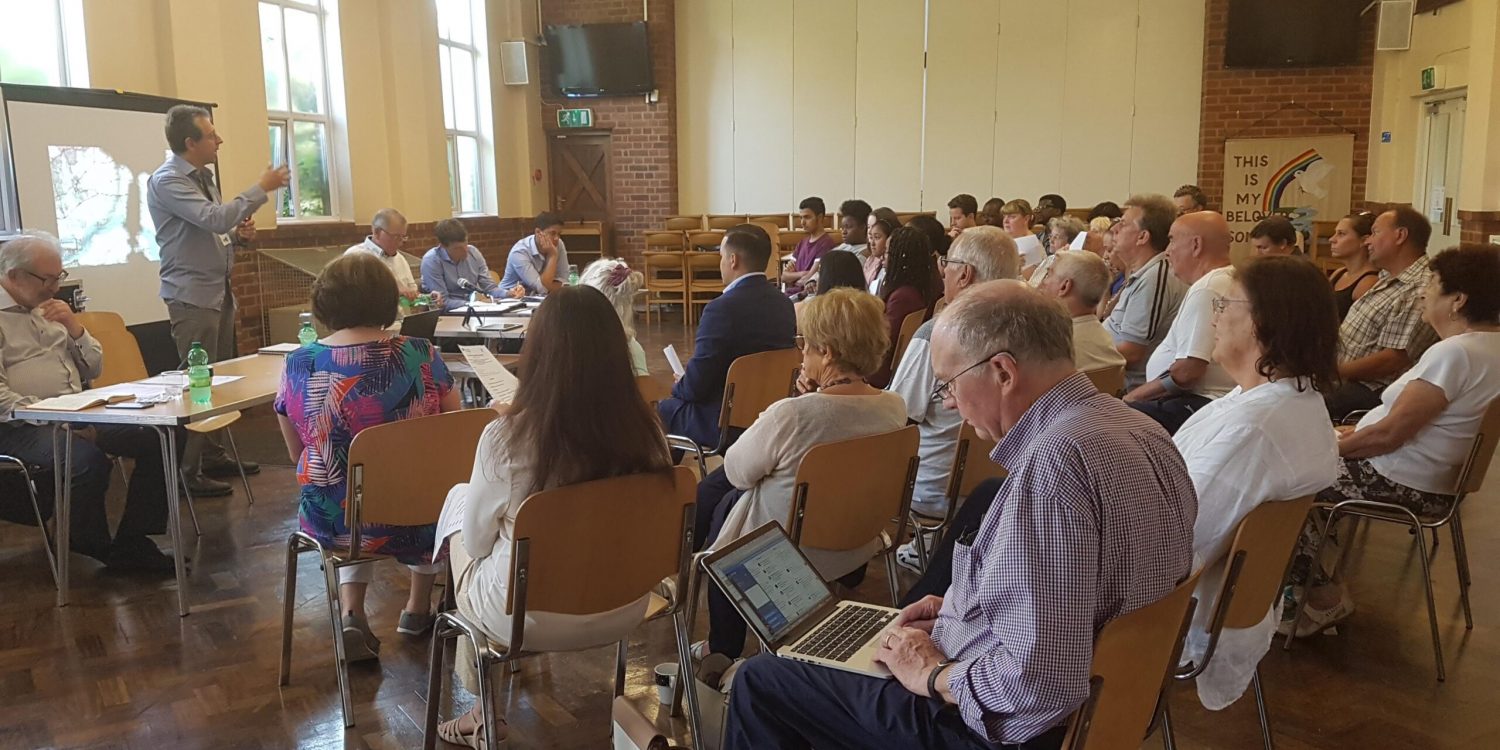 You may have noticed that there are a lot of collaboration type meetings going on right now. Twenty or thirty people on a teams call, an even mix of council officers and second tier charities, a consultant or two.  I like that all over B&D people are chatting on shared online calls about collaboration and partnership working right now; it will all help us build back better after the pandemic.  Paulo Freire, a Brazilian community worker, said we ‘change the world one conversation at a time’ and I believe that.  Margaret Mead said it was a ‘small group of thoughtful committed individuals’ but what I think matters even more is how that conversation happens.

The thing I’m noticing about the ‘reimagining adult social care group’, one of those many larger online meetings about better partnership working and delivery, is that it is pretty open in a way that most of the spaces I’ve encountered in the borough are not.  The council has talked about moving away from a paternalistic culture and that can only be a good thing.  There is something about the culture of strongly political and hierarchical organisations that inhibit wider collaboration – the higher up you go the more brutal it can get; people learn not to bring their whole self to the job which is a shame because the fearful and transactional only gets you so far.  With the reimagining adult social care group it is a big shift and it becomes contagious when people behave like they’ve got autonomy, stuff gets done better and quicker.

My assumption is that the adult social care meetings I have been to are highly provisional spaces – some ideas might fly, relationships build and hopefully some very specific piloting of work.  This blog is about a proposal for the latter (specific piloting of work).  At these meetings I’ve found myself talking about getting resource (money) and support (capacity building) into the hands of smaller community groups – the ones who don’t go to these meetings, who are not constituted or contract ready but who make up the overwhelming majority of resident collective action.

We need to dismantle the winner takes all system.  Hence the value of coalitions – if commissioners placed greater social value on consortiums and coalitions it would be transformative – not just reaching and involving more people, leveraging a greater contribution but fundamentally changing the rules of the game.

In terms of how it might work, the approach we’ve taken at Thames Ward Community Project is to build resident-led coalitions.  We listen to what people are angry about, what they care about.  We distinguish issue, solution and action and start planning together; we ferret out what works through testing and reviewing. We find small pots of money, then deliver, then repeat at maybe greater scale – all done by resident-led groups.  Those groups work together as a wider network or coalition – as we get more success we bid for pots of money as consortiums and coalitions because we are not and never have been in competition with each other.  It would be great to get other local examples of shared funding and delivery.  But what I’d say is not enough of us are working like this because if we were, there’d be more money pushed downwards whereas mostly the money flows upwards to a few.

Michael who chairs the meetings said there were an estimated 7,000 community groups in the borough.  I checked on the Charities Commission website and there are very few charities, well under a hundred and of those only a few with significant turnover, so basically you can count the number of groups on a set of fingers who are going to win contracts and play an active, mature partnership role.

What I’ve learnt in Thames Ward is that residents want jobs and the social solidarity that comes from working together; they want their creativity and entrepreneurial flair to lead to more control in their lives – control over work, money, personal and professional development.  The journey to that kind of social business sustainability is a rare thing but we should champion this intention, go beyond occasional contracts for the ‘trusted’ few and open up mainstream budgets to smaller groups controlled by local people, especially in a borough that has more developer investment than anywhere in Europe (so I’m told) and a council that exhorts inclusive growth.

When we have these exploratory conversations about collaboration it is easy to rein in ambitions, seek pragmatic and incremental change.  I think we should go much further: shift far more money, decision-making and delivery to many more groups via coalitions, consortiums and networks and be explicit about that.