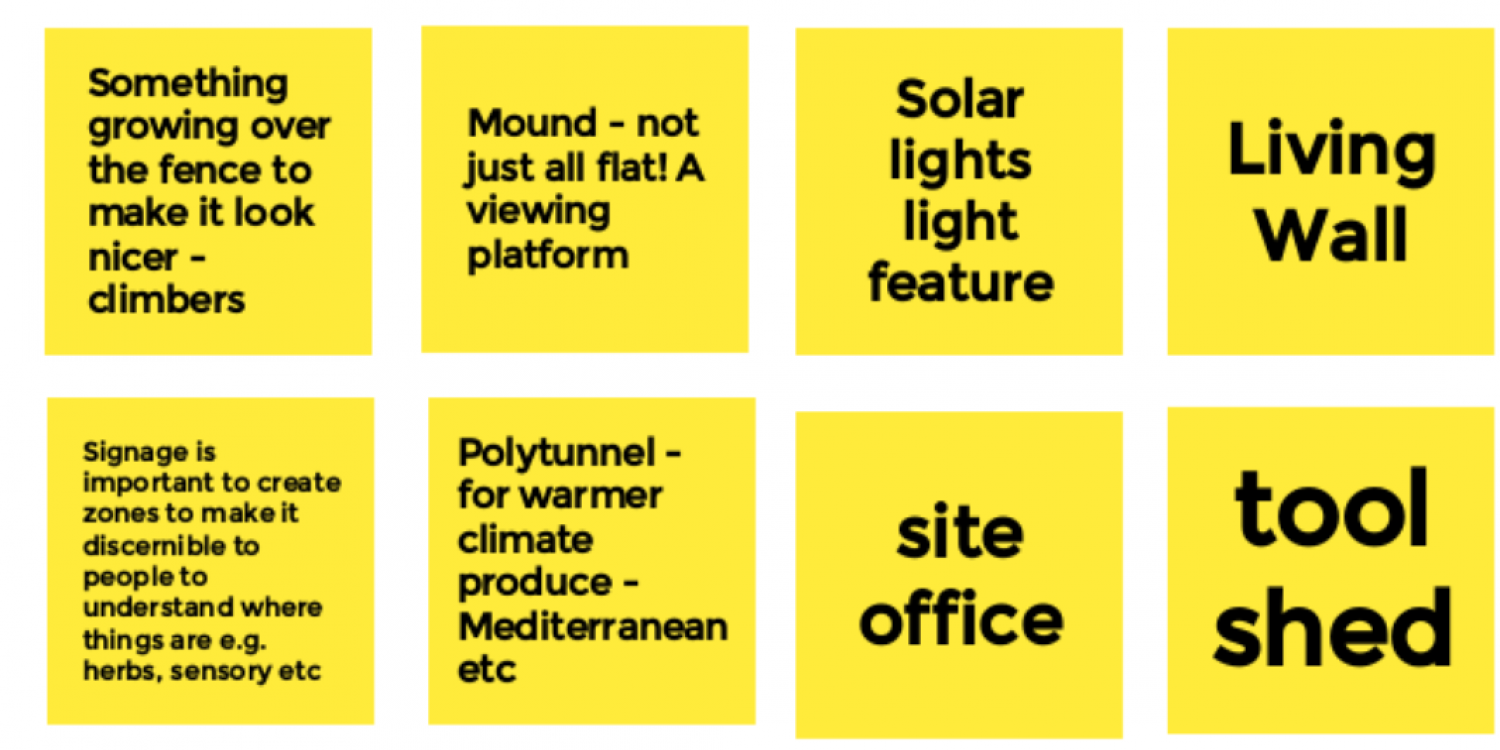 Barking Food Forest is a new community gardening project in Barking Riverside that will benefit local children, young people, families and wider residents of all ages.

The Barking Food Forest will be next to the Riverside Campus. It is a great location that boasts part of the nearby Thames Estuary, in which Brackish water species live. It will also provide a much needed community green space, which is lacking in Thames Ward due to being cut off by the A13.

The Barking Food Forest co-design sessions were opportunities for TWCP staff, resident steering group member; Nikhil Rathore, and local residents to come together and hear the plans and vision for the forthcoming Barking Food Forest. Most importantly, local residents were also invited to share their views and suggestions on what they desired to be a part of the garden. Particularly, residents were able to give input on what plants they would like to grow, what features the shared garden space should include and what activities they would like to enjoy in the space.

Nikhil Rathore introduced the project as a “community effort” and explained the permaculture approach that would be adopted. He stated that the food forest would be a space that was permanent; sustaining itself and regenerating nature, and pointed out a few principles such as catching and storing energy. Local residents were then invited to introduce themselves and share what their favourite nature spot was.

The session continued with Nikhil providing more detail as to the structure of a food forest; a garden system design that has multiple layers. He named seven layers that would be incorporated into the garden (canopy, lower tree-level, shrub layer, herbaceous layer, soil surface, root layer, vertical layer), and their benefits, such as weed protection.

Local residents were then told of the progress of the project so far, which included:

– Campaigning: YCAG’s winning campaign for the site of the food forest.

The session ended with a collaborative Jamboard where everyone shared their ideas on the themes of a garden and forest, what plants and features they would like to see, and aspects of the project people were most passionate about.

The sessions were well attended by local residents. Residents found it empowering to know that their ideas would be incorporated into the design of the garden site and the activities to be held there.

Loving it! Planting something, being surrounded by nature! I’ll be there!”

Really excited about the prospect of a community garden as I used to have an allotment. It'll be nice to have something were lots of people are involved!

The enthusiasm and honest opinions from the local residents were well received and would be vital to the continuing progress of the project.

We really need a communal space for the community to be able to engage with each other after lockdown.

The updated design will be shared with the community, reflecting the input from both the local residents and student co-design sessions.

In person gardening sessions will be announced as soon as soon as national restrictions allow.

If you would like to join in gardening activities please complete the form below and/or follow TWCP social media channels.

How To Get Involved

If you would like more information about the Barking Food Forest, please complete the form below.