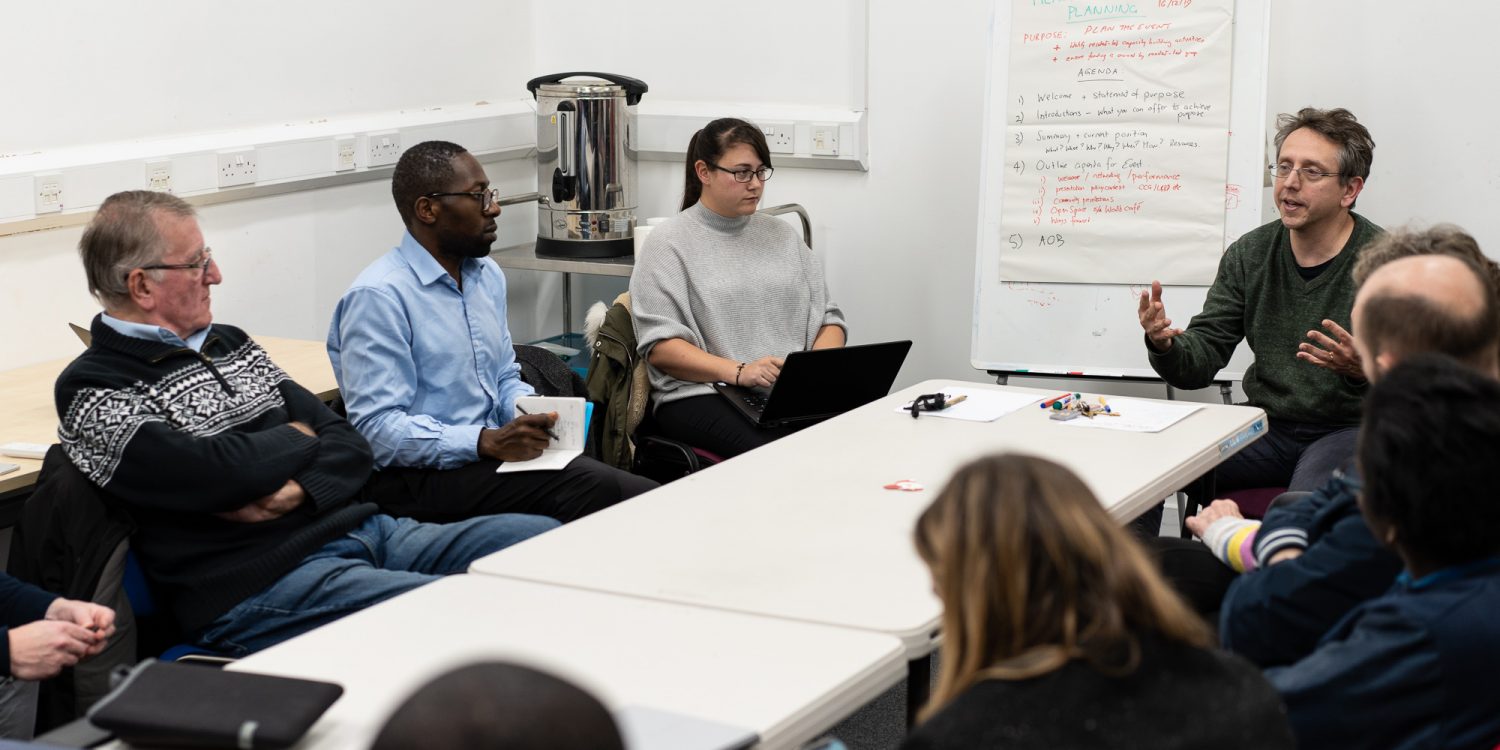 One of the many things that stuck in my mind on recent community organising training was this phrase ‘people before programme’.  It hit me like a train when I got what it meant.
Essentially ‘people before programme’ means not just starting from where people are at, rather than where you want them to be, but also putting the person first, genuinely valuing the relationship rather than what you think you can get out of it.
I’m guilty of getting on the wrong side of that and I’m pretty sure most of us, one way or the other take the occasional short cut.  Pretty much every meeting I go to I see people talking past each other, waiting to speak rather than actively listening.  A lot of the time I don’t even notice because it is habitual, and I end up doing the same; it is transactional not relational.
I guess if you work in the private or the public sector you know what to expect – there are rules to the game.  The private sector has profit as a bottom line and money defines the feedback loop; the public sector runs on systems of top-down accountability and political control.  Once you get beyond the massive PR and hype that mystifies the public and private sector, the ‘programme’ is brutally clear, and people on the inside need to follow it.  The nail that stands out gets hammered down.  But in the community sector we get the opportunity to do differently.  We get to define and create our own culture which is why the principle of ‘people before programme’ hit home – how come we don’t do more of that?  Obama said: ‘we are the leaders we are waiting for’ and in the community sector we have more freedom than most to make that true.
It isn’t complicated.  We all know how it feels to be fully listened to, and on the flip-side when someone tunes out.  The power that flows between us was made to be shared – that is what relationships are about, but as we move outwards, we experience ‘the world as it is’, not ‘the world as it should be’, and it doesn’t pay to be naive.  Building a more relational culture will not be enough, but it is a start.
If you put ‘people before programme’, you give them power.  The power to set their own agenda, to be listened to and initiate their own programme for change.  It requires losing control.  But also offers the opportunity to work alongside.  I’d like to think our citizen action groups follow that and we should be more widely held to account on that basis and on how we develop the resident-led Community Development Trust now in place.  There is a vulnerability as well as a strength in that. It is just as easy to pull apart as to pull together – the reasons for pulling together are not as obvious as elsewhere (public and private sector) – but when it clicks, wow.
I’ve been going to the Learning Group convened by BD Collective and the Llankelly Chase Foundation that has been looking into issues of power and paternalism in the borough. I’m not sure the word ‘paternalism’ connects with people but think of it as a near neighbour to sexism, racism and other oppressions.  It speaks to a world where things are done to you, like it or not. Where power is held over you by a few, or even a single individual, at the top of the tree.  I guess that learning group is trying to put ‘people before programme’ too, but what would it take to dismantle the isms and schisms, the paternalism and all that?  Nothing less that conscious and consistent dismantling of control whenever it gets in the way, which is often.
Losing control – that is the strapline I want to see on the next LBBD corporate plan 2022-2026 and VCSE (Voluntary, Community, Social Enterprise!) strategy. Losing control as the means to get a bigger win for all.  For me that is the logic of coproduction, localism and generative governance – all the flash terms policy people get paid to talk about but struggle to deliver, so really it is an appeal to be consistent, to do what it says on the tin.
Meanwhile here’s to creating new and exciting spaces to learn and work together.

Resident Planning Forum: If you don’t act, you will be acted upon