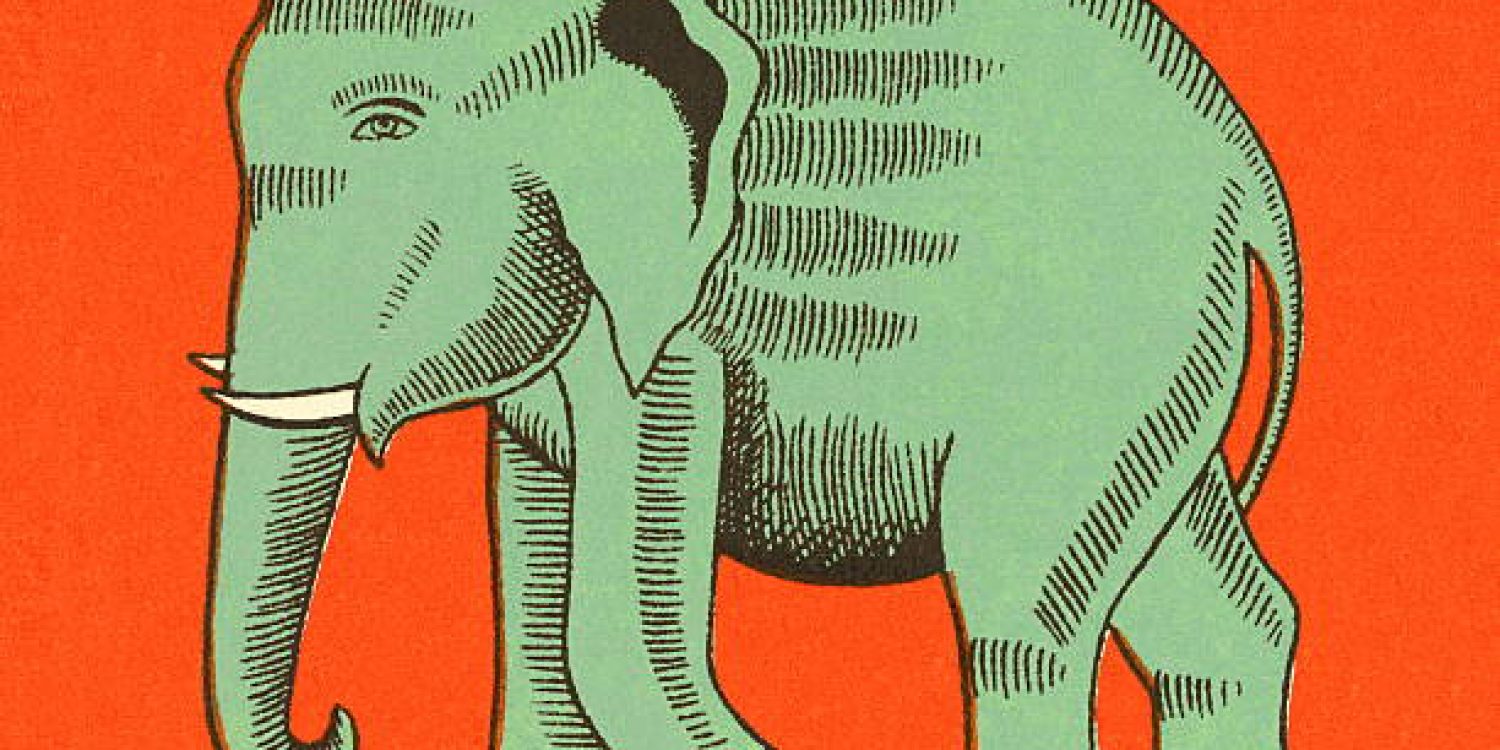 Circuses are often seen as cruel these days but when I was growing up that concern wasn’t a thing.  We had a small black and white tele with three channels so circuses were a big deal.  If you’ve ever been to the circus a few years back or seen clips on TV of old shows, you might notice that the younger elephants wear big manacles attached to huge chains tied to big spikes sunk metres into the ground.  Or you might miss that bit and just see the regalia, consume the spectacle as is intended. Look a bit closer and you might notice that the larger older elephants have very thin ropes around one foot attached to a spike less deeply rooted in the ground.

Why the difference?  Why would the larger elephants not need a much heavier chain than the younger one? Understand this and you’ll understand where much of the voluntary sector is right now. Where resident empowerment has got up to, too. It is a little psychological trick called learned helplessness. The younger elephant cannot move, it cannot escape because the chain is way too heavy. Over time it gets used to the idea that whenever it feels something on its leg, it is tied to something too powerful to break and thus it cannot escape, even though in reality it could snap those bonds very easily.

When our world and what we can do is restricted over a long enough time, we end up believing we cannot snap our bonds, we cannot choose anything other than what we’ve got, even though the bonds are as sheer as gossamer. That’s when it gets dangerous, when people fall into despair and make poor choices and everyone pays the price for the confinement.

The elephants are being gaslighted. Made to doubt their own reality.

Reading the council corporate plan 2020-2022 as maybe more people should do, because otherwise how will you ever get an appreciation of the bigger picture, I read about how the voluntary and community sector was seen as playing a role – pages 20 and 21. There are four priorities.

Why does any of this matter?  Who cares?

It matters to me because it is a top-down representation of the sector I work in and what I do, and what thousands of volunteers and community groups do, and it is inaccurate. Three or four organisations who have a transactional relationship and in many cases were created by the council, will not create ‘a friendly borough with a strong community spirit.’

At this point it can feel like an elephant treading on eggshells. That feeling again when the words and the actions go in different directions. The documents all say the right thing – the 2019 Council VCSE strategy (yes, you should read that one too) talks about ‘enabling and embedding relationships based on trust.’  At this point all that is solid melts into PR. We don’t learn about the detail of what happens when this lofty aim falls short. It is asserted and that appears to be enough. We have yet to see a voluntary sector compact, one of the VCSE strategy actions, but even if one were to exist it would have no legal teeth. Which means in effect, it’s nice when it’s nice and it isn’t when it isn’t.

One of the exciting things about the many spaces BD Collective have created is the emergence of an independent vision of what community is. Michael Little, working with the BD Collective, reframes it as the community was here first and underpins everything else. It’s easy to forget that when reading about it in somebody else’s policy document. You’ll only feel your chains when you start to move. Something is starting to move though.

Resident Planning Forum: If you don’t act, you will be acted upon